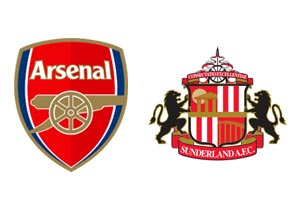 We are now getting to the serious end of the Carabao Cup and that means that Arsenal is probably going to go with a very strong lineup against Sunderland in the quarter-final of the competition this evening at the Emirates.

The Gunners are in tremendous form at the moment, their youngsters are in scintillating form, they have found their attacking mojo and that showed at the weekend in their demolition of Leeds United.

Sunderland is doing well in League One this season, they sit third and have gone unbeaten in their last seven league fixtures including four wins in that sequence, so they are in form, however, there is a world of difference between the Premier League and League One.

If Arsenal are anywhere near the form they displayed against Leeds United then they will win this game in a canter and it is hard to see them not being on the front foot from word go and putting the Black Cats under immense pressure from the first minute onwards.

The Asian Handicap has been set fairly high at -1.75 but I would have quite happily have taken Arsenal -2 and will gladly avail myself of the -1.75 on offer.

All things considered, it is very difficult to see anything other than a comprehensive win for Arsenal in front of their own fans and to become the first side into the semi-finals.