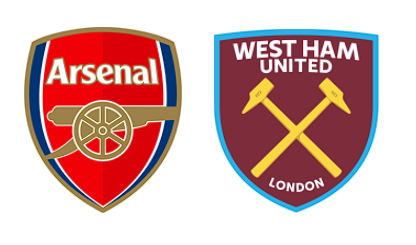 Arsenal welcomes West Ham to the Emirates in a matchup that could see Mikel Arteta’s men close the gap between them and the Hammers.

The Irons are 4th on the league table while Arsenal sits 6th, but just 2 points separate the clubs ahead of this match.

The Gunners have been on a poor run of form lately and have just two wins from their last five matches.

Three of those fixtures have ended in losses for Arteta’s men and this game gives them the chance to break inside the top four pending when other clubs around them play.

West Ham finished last season on the cusp of breaking into the Champions League places and they have continued where they stopped in this campaign.

The Hammers haven’t been consistently good, but they have formed an impressive habit of always beating the top clubs in the division.

They have defeated Liverpool and Chelsea in dramatic fashion so far and this game offers them the chance to earn a win against another traditional English giant.

David Moyes’ side is winless in four of their last five matches and drew goalless at Burnley in their last league game.

They also have a bad record against Arsenal with no wins and three losses from their last five head to heads, but Arteta’s team is struggling for momentum and will possibly lose this match to West Ham narrowly or at best, draw.