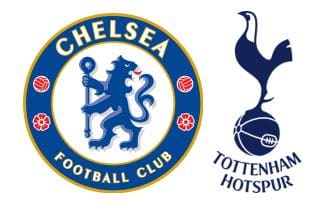 The Blues won the Champions League and reached the final of the FA Cup last season.

They would be keen to add another trophy to their cabinet at the end of this one, and the Carabao Cup gives them the chance to do that quickly.

However, they will face a Spurs team that remains unbeaten in England under Antonio Conte.

The Italian is a former manager of the Blues, and he led them to the EPL title while at the helm at the club.

He is now looking to help Spurs end their wait for another trophy, and this competition offers them a good chance of achieving that.

Chelsea came from two goals down to hold Liverpool to a 2-2 draw in their last league game.

That result means they might as well forget about the league title for now, but they can win some cups.

Spurs beat Watford by a late goal 1-0 before this match and will also want another win here.

However, Conte’s side has struggled in recent matches, and we expect Chelsea to earn a narrow win from this fixture.

The Blues are unbeaten in five matches against Spurs and overall do seem to have Spurs in their pockets.