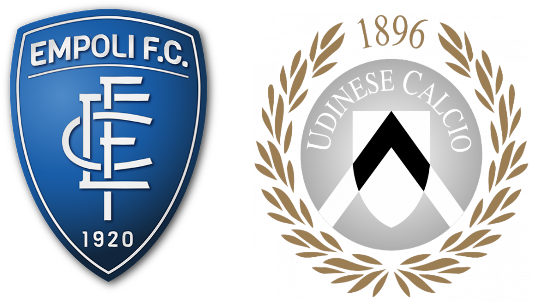 Empoli hosts Udinese in this battle of mid-table Serie A clubs, with the home side hopeful of getting a win.

The Blues have earned some impressive results this season including beating Juventus 1-0 earlier.

They have lost just one of their last five league matches to boost their chances of finishing this season very high on the league table.

Udinese is currently 14th on the standings after collecting 16 points from 15 matches.

They know they are too close to the relegation zone and would target all three points in this fixture.

Empoli has lost to Inter Milan and Atalanta at home this season, but they have been difficult to beat there recently.

They won their last home match 2-1 against Fiorentina and haven’t lost a game at the Stadio Carlo Castellani in three attempts.

Udinese heads into this fixture with a very poor away record as they have just one win from their last 9 away league games. Five of those fixtures have ended in losses for them.

Andrea Pinamonti is rebuilding his career at Empoli and has 5 league goals this season. The home side will hope he wears his scoring boots in this fixture.

Empoli has won their last two home matches against the visitors, and this should end in another narrow win for them.