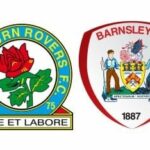 In-form Blackburn will host Barnsley in this Championship game, hoping to close the gap between them and second-placed Fulham on the league table. Rovers are chasing promotion back to the Premier League and they could achieve that if they continue their fine run of form. Tony Mowbray’s team has won all their last five league […]