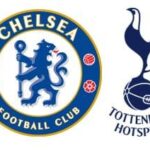 Chelsea hosts Tottenham in this huge EFL Cup semi-final first leg at Stamford Bridge. The Blues won the Champions League and reached the final of the FA Cup last season. They would be keen to add another trophy to their cabinet at the end of this one, and the Carabao Cup gives them the chance […]