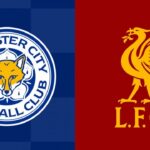 Liverpool visits Leicester City as they look to close the gap between themselves and Manchester City. The Foxes have a tough run of fixtures and head into this game after a thrilling 6-3 contest against the Citizens. This game offers them the chance to avoid defeat against another top opponent, but it would be tough. […]